See glossary at bottom of page for definition of underlined words.

Vascular dementia is the second most common form of dementia. The aim of this research is to advance our understanding about the onset of vascular cognitive impairment (VCI). This will lead to improvements for diagnosing and managing those with VCI. Groups of people suffering from dementia, vascular dementia and healthy people will undergo tests which will increase our understanding of some of the signs and symptoms associated with VCI. This research will mean people with VCI will be able to get the help they need sooner.

There is currently no way to tell which patients with mild cognitive impairment (MCI) will go on to develop dementia, and those which will not. It is important to improve early diagnosis of dementia in MCI patients as interventions are likely to be most beneficial at the earlier stages of the disease. Previous research funded by BRACE and carried out by Professor Tales and colleagues has shown that visual and attention problems can characterise Alzheimer’s disease and can be worse in people with MCI who go on to develop dementia. Also, even if individuals with MCI do not develop dementia the fact that they may have problems with their vision and attention, that may affect their quality of life, is something that needs to be investigated further and addressed. Closely related to this is the research lead by Dr Ute Leonards who is investigating how vision and attention can affect the ability of older adults to walk safely through their surroundings.

What is this project trying to find out?

The aim of this study is to advance our understanding of the features of VCI including signs, symptoms, behaviour, quality of life and changes in brain function, to determine what represents the early stages of vascular dementia. The outcome will be an improved knowledge of VCI, together with improvements for diagnosing and guiding management for those with VCI.

How will they do this?

This study will recruit healthy younger adults, cognitively healthy older adults, patients with vMCI and patients with vascular dementia. In addition to the usual clinical assessment, a battery of additional tests will be performed on iPads. Questionnaires will also be used to examine perception and understanding of the relationship between research results and real-life experiences. Together these tests will help to determine a behavioural characterisation of vMCI which will increase our understanding of some of the signs and symptoms associated with this disorder. Participants will be followed up after two and a half years to determine if the tests can help determine when vMCI may indicate an increased risk of progressing to vascular dementia.

This study will enhance knowledge relating to the diagnosis of VCI, meaning people with VCI will be able to get the help they need sooner. With dementia, the chances of preventing decline are better the earlier the diagnosis occurs.

A glimpse into a new method of dementia diagnosis: pupil size as an indicator of early Alzheimer’s disease (Equipment Grant)

What do we already know & what is this project trying to find out?

As we age, there is a reduced pupillary response to a brief presentation of light, and this reduction is exacerbated in those with AD.  Pupillary responses are driven by the autonomic nervous system (which evidence indicates can be significantly affected in Alzheimer’s disease), and this collaborative project with Dr. Stephen Johnston – which includes the BRACE-funded purchase of cutting-edge eye-tracking technology equipment – aims to build on this research by investigating whether there are detectable differences in pupillary response to brief changes in illuminations in early forms of dementia: mild cognitive impairment (MCI) and subjective cognitive decline (SCD).

This research will help ascertain whether the measurement of pupillary dynamics could form part of a non-invasive diagnostic package for predicting AD and vascular dementia from pre-symptomatic stages.

Vascular cognitive impairment – The decline in cognitive abilities due to breakdown of the blood vessels in the brain.
Vascular disease – A disease relating to the blood vessels. Vascular dementia is the second most common form of dementia and is caused by damaged blood vessels in the brain.
Neuropsychological test – A test designed to quantify behavioural changes caused by a brain disorder.
Pupillary response – The response of the pupil in the eye to a stimulus.
Autonomic nervous system – The autonomic nervous system is responsible for the functioning of the vital organs such as the brain, heart and lungs.
Pre-symptomatic stages – The stages of a disease before symptoms appear.

Please click here for more information about the work of Professor Andrea Tales.

Please click here for more information about the work of Professor Antony Bayer.

Please click here for more information about the work of Dr Stephen Johnston. 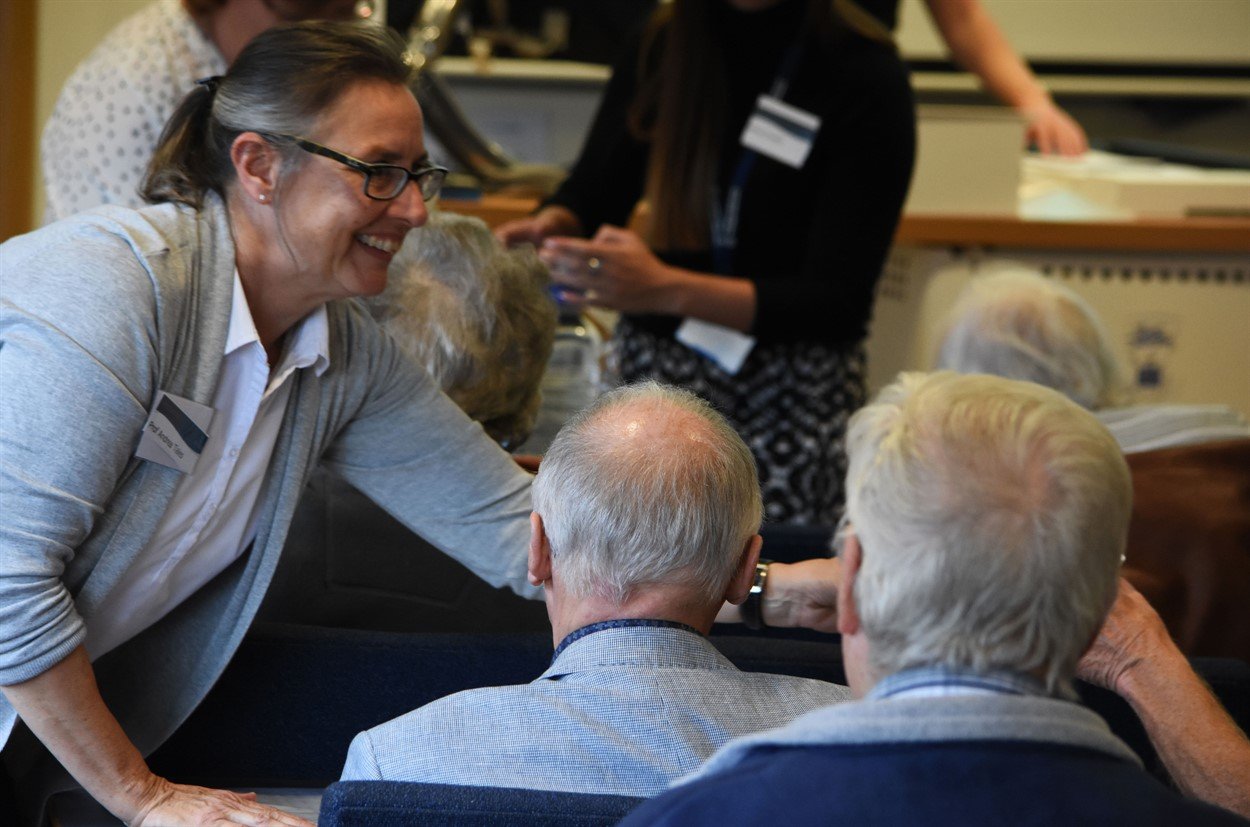