Alzheimers Disease – Most common form of dementia. Caused by the abnormal build up of proteins in the brain. Over time this causes the brain to shrink in size.

Clinical trial – Trial to evaluate the effectiveness and safety of medications or medical devices by monitoring their effects people.

Cognitive – Things relating to the process of knowing or perceiving. Cognitive decline is when your abilities to think, perceive and reason become impaired.

Dementia – An umbrella term used to describe a range of progressive neurological disorders; conditions affecting the brain and nervous system.

Depression – A mood disorder that negatively affects how someone is feeling. Typically marked by sadness, inactivity and difficulty in thinking and concentration. Many of the symptoms of dementia can also be caused by depression.

Diagnosis – The act of determining the nature and cause of a disease or injury through evaluation of patient history, examination, and review of laboratory data.

Frontotemporal dementia – Least common form of dementia. Caused by the death of nerve cells in the frontal and/or temporal lobes of the brain. Symptoms include changes in personality and behaviour as well as difficulty controlling emotions.

Gene – A sequence of DNA that may be further processed to produce a protein with a specific function.

Genetic Test – A genetic test allows the identification certain genes that may increase the risk of Alzheimers disease.

Grant Application / Grant – A submission, typically by a researcher, to a research council to ask for funds to complete pre-planned research.

Haemoglobin - An iron containing protein found in the blood. This protein is responsible for carrying oxygen from the lungs to vital organs.

Hormones – A chemical produced by living cells that circulated in bodily fluids and produces an often stimulatory effect on the body.

In vitro studies – Studies which are conducted outside the living organism.

In vivo – Studies which are conducted inside the living organism.

Mixed dementia – Where more than one type of dementia is present in a patient.

MRI Scan – MRI stands for magnetic resonance imaging. This is a non-invasive medical imaging technique used to create an image of the brain which can help confirm a diagnosis of dementia.

Neurone – A nerve cell which makes up a part of the nervous system of the brain.

Peer Review – The process by which proposed research is reviewed by independent researchers (known as referees) to evaluate the importance of the research.

PhD Studentship – PhD stands for Doctor of Philosophy. A PhD is a postgraduate doctoral degree, awarded to students who complete a thesis offering a significant new contribution to knowledge in their subject.

Post-Doctoral Fellowship – A fellowship awarded for a researcher to conduct research after the completion of their doctoral studies.

Research councils – A funding body which engages in the support of research in different disciplines.

Scientific Advisory Committee – An independent committee of scientists which recommends to trustees which scientific applications should be supported.

Symptom – An indication of a disorder or a disease.

Therapeutic target – The biological target which is affected by a drug. This effect causes the biological response of the drug (eg. Pain relief for ibuprofen).

Thyroid - The thyroid gland, or simply the thyroid, is an endocrine gland located in the neck.

Trustee - Trustees have overall control of the charity and are responsible for making sure it’s doing what it was set up to do.

Vascular – Relating to the blood vessels in the brain.

Vascular dementia – Second most common form of dementia. Caused by damaged blood vessels in the brain. Symptoms vary but may include memory loss and language difficulties. 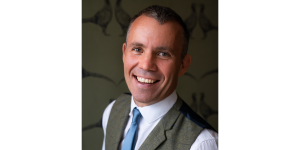