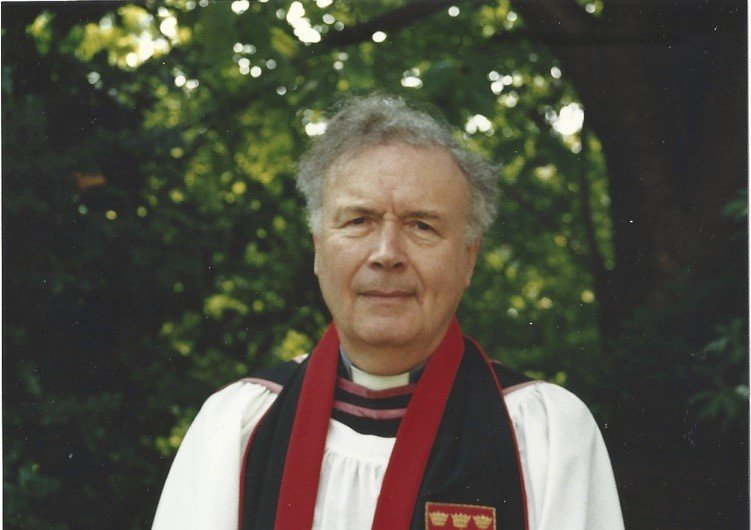 We were sad to learn of the death of one of our founding Trustees, the Rev Canon John Rogan.

John, who would have been 92 this month, was one of four people appointed as Trustees when BRACE was launched in September 1987. The others were Professor Gordon Wilcock, Dr Brandon Lush and the late David Pockney.

Remarkably, John served nearly 27 years on the Board, including several as Chair of Trustees. In his time at the charity, he saw it grow from tiny beginnings to an income of over half a million pounds a year and expand its research funding from Bristol to universities across South West England and South Wales.

The current Chair of Trustees, Professor Stephen Lisney said, “John was very welcoming to me as a new Trustee. He was also strongly supportive of my role in making sure that BRACE followed an evidence-based approach in determining how research grants should be awarded.”

Chief Executive Mark Poarch added, “John was a great support to me when I joined the charity in 2008. His unfailing good humour and kindness to everyone in the charity will not be forgotten.”

John Rogan moved to Bristol with his wife, Margaret in 1983 and was a Canon of Bristol Cathedral. His ministry in the city included leading the Board of Social Responsibility for the Diocese and he was heavily involved in supporting the work of several charities.