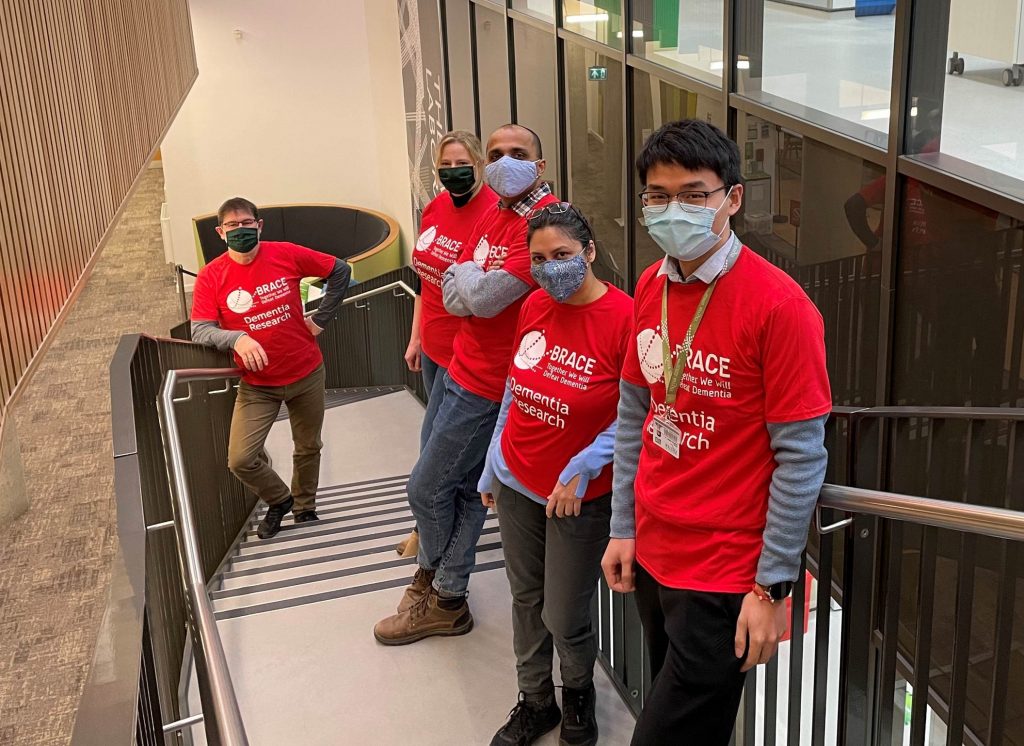 The grant from BRACE to the Living Systems Institute group at Exeter is part of the charity’s acclaimed pilot scheme which pursues new and promising lines of research.

This award will fund important research into cell communication and its degeneration relating to Alzheimer’s disease under the direction of Dr Steffen Scholpp, Associate Professor Cell and Developmental Biology.

One of the hallmarks of Alzheimer’s disease is abnormal accumulation of β-amyloid protein in the brain. It manifests itself as clumps of insoluble protein called plaques, but it is also present in a soluble form and it is believed high concentrations of this soluble β-amyloid is toxic to synapses. (Synapses act as a junction to transfer information between neurons in the brain).

The mechanism of this toxicity, however, is not known.

Professor Scholpp believes the explanation is that the abnormally high amounts of β-amyloid around the nerve cells disrupt the WNT sub-pathways, (WNT regulates many aspects of synapses in the brain), resulting in loss of synapses and, consequently, brain function.

It is this hypothesis that forms the basis of this pilot project and if correct the findings will lay the groundwork for far more effective treatments for Alzheimer’s disease.

"BRACE does incredibly important work in this area and we feel privileged to be a part of it. We are hopeful that success within this project may attract much needed additional resources directed to breakthrough discoveries relating to dementia-related diseases."

"The University of Exeter has an ambitious and important programme of dementia research, and BRACE is proud to have supported several of its projects, the latest being Professor Scholpp’s. The rapid development of COVID vaccines has shown what can be achieved when humanity is sufficiently determined to combat a health threat, and we must do all we can to ensure that dementia researchers are similarly equipped with the resources they need."