What is this project trying to find out?

This project has 2 main aims:

How will they do this?

Aim 1: Using experimental models for deficiency in Nedd4.1 and 4.2 proteins (collectively known as Nedd4), the effects of these proteins will be tested. The role of Nedd4 in the formation of Lewy bodies will be tested by comparisons of samples in the presence and absence of Nedd4.

Aim 2: Lab-based techniques will be used to analyse the amount of Nedd4 and alpha-synuclein in samples. This will lead to understanding of how these proteins interact with each other.

Alpha-synuclein has been found to accumulate in Parkinson’s disease (PD) and Dementia with Lewy bodies (DLB). The regulation of Nedd4 proteins may be vitally important in the onset of symptoms of alpha-synuclein accumulation and the appearance of disease symptoms. The requirement of Nedd4 proteins in the dopaminergic system proteins has not yet been studied and might provide an insight into potential therapeutic treatmentsfor sufferers of PD and DLB. How Nedd4 interact with alpha-synuclein may also be a vital in understanding the formation of Lewy bodies and the basis for the genetic predisposition to PD for patients who produce human mutated alpha-synuclein. 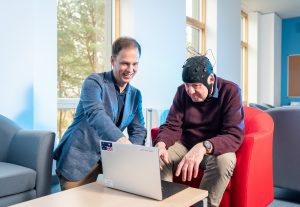 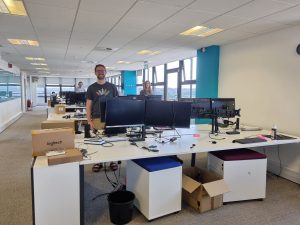